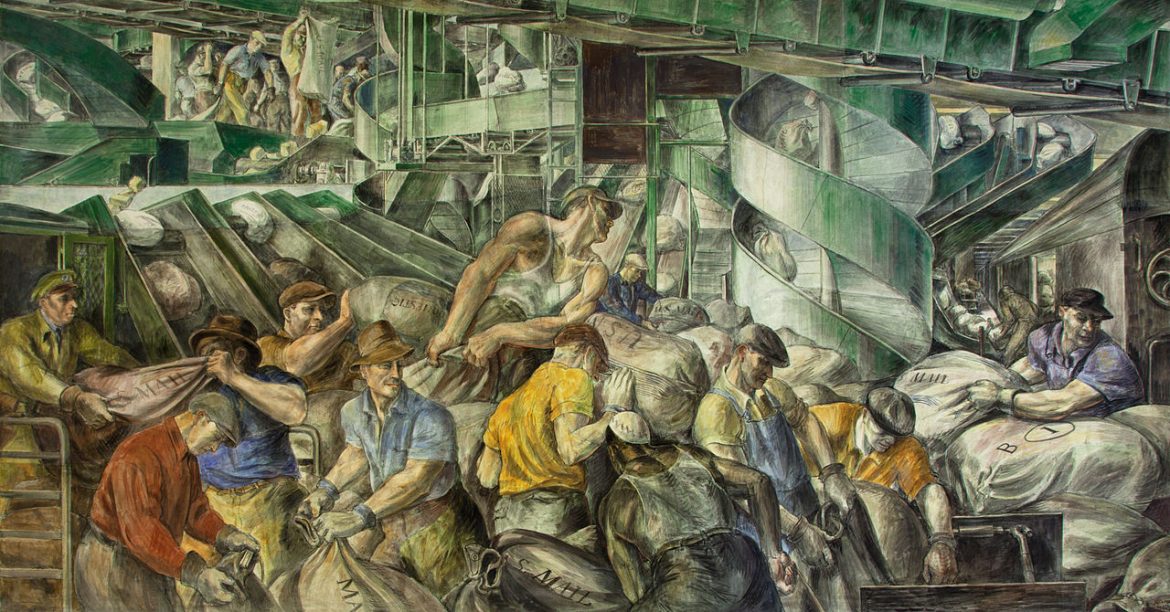 Last month, bus drivers in Okayama, Japan began an unusual work action. They didn’t walk off the job or stop driving their bus routes, and they continued to pick up passengers as normal. But, in a subversive twist, they covered their fare collection boxes and refused to take money from those who boarded. Riders would still get where they needed, but the company would not profit from the trip — with the drivers unilaterally imposing free fares for all.

In the United States, teachers on the picket line this spring have set a high bar for militancy, showcasing the importance of the conventional strike. Whether in West Virginia or Oklahoma, North Carolina or Kentucky, these red-state teachers have provided an inspiring example of how working people can use well-planned collective actions to demand respect and win gains previously considered out of reach. There is no doubt that if the US labor movement is to reverse its declining fortunes, it must revive the strike as a feared and frequently deployed tactic.

Yet for a variety of reasons, it is not always possible for a workplace to pull out a majority of employees for a prolonged strike. Facing inhospitable organizing environments and hostile labor law, those organizing their coworkers must often look to other methods to foster unity and demonstrate their power. Sometimes, the tactics they use end up being more than inferior alternatives to striking — and instead serve as pointed assertions of control over the processes of labor.

In recent months, a variety of movements have deployed creative tactics to impede business as usual in their places of work. From the bus drivers in Okayama to journalists in London, organizing efforts have used some ingenious methods — both novel and time-honored — to exert disruptive power.

This Ride’s on the Company

At issue in Okayama was job security. Increased competition from a rival line had placed the drivers for the Ryobi company, in the southern part of Japan’s Honshu island, in a more precarious position. When management refused to grant greater guarantees of stability for employees, the drivers declared their fare action. Shortly thereafter, they began running routes with blankets draped over the collection machines at the front of their buses.

Beyond the action in Okayama, there is a rich history of fare strikes in municipal transit systems, although these are typically started by riders. That said, several driver-led fare strikes took place in Australia in the summer of 2017 — first in Sydney, where drivers declared “free fare day” in response to government privatization plans, and then in Brisbane, where drivers pushed for safer buses and better wages. In the U.S., streetcar workers in Cleveland threatened to use the tactic as far back as 1944.

Drivers have used the refusal of fares both as a prelude to striking and in situations where striking was legally prohibited. Crucially, the tactic has served as a means of rallying support from the public, while also inhibiting the system’s ability to function. While employers invariably trumpet the convenience of a transit strike to riders in order to turn public sentiment against strikes — painting dark pictures of kids put in danger because they can’t get to school and elderly patients who can’t make doctors appointments — riders in places such as Sydney have noted with pleasure the welcome surprise of saving transit money during the fare strike.

Some fare strikes launched by riders have further extended this feeling of solidarity. On January 27, 2016 a community coalition in Grand Rapids, Michigan led by United Students Against Sweatshops organized groups of passengers to board buses and refuse to pay their fares in support of transit workers fighting to preserve pensions and combat fare hikes. A leaflet distributed by the riders and shared with drivers argued that the agency’s “recent actions toward you and your riders is a form of economic violence that I won’t condone.”

“Because it is illegal for union bus drivers like you to go on strike in Michigan,” the passengers wrote, “I am doing the closest thing that I can as a rider by engaging in this one-day fare strike.”

In late April, 130 staffers in the London office of al-Jazeera English voted to hold a one-day walkout, planned for May 9. After the walkout, they vowed to continue with another type of work action. Until management agreed to negotiate, the reporters, editors, and producers would continue to do their jobs, but would only do the minimum stipulated by their contract. No responding to emails at 2 AM. No meeting sources at odd hours. No skipping breaks.

“Work to rule,” as the tactic is known, has a long history in the labor movement, but it is not commonly associated with reporters. (“Journalists don’t take lunch breaks,” said one union member at al-Jazeera English. “We’ll be taking lunch breaks.”)

There were precedents to which the al-Jazeera staff could look, however. NewsGuild members at Reuters in New York and Washington, DC successfully deployed the tactic at the end of 2017, promptly clocking out at the end of shifts. In the case of al-Jazeera English, the mere threat of the labor actions brought management to the table.

In the past year, prominent work-to-rule actions have been launched by teachers in California, Maryland, Massachusetts, and Ohio, with educators foregoing late-night grading, after-school meetings, and extracurricular activities in pursuit of better working conditions. As one teacher in San Diego explained, “This is a way to show the district what our schools actually look like when educators don’t volunteer their time and give up all the extra time that they do.”

Meticulously following the guidelines of the contract or the employee handbook in a workplace can end up making a lasting statement. In a factory, work-to-rule slowdowns can demonstrate how many mandated safety precautions routinely go by the wayside as management pushes for ever-greater production. In a white-collar setting, the tactic can be a means of resisting a work culture that expects employees to always be on call — holding up the radical notion that we are, in fact, entitled to a break.

In this sense, work to rule — like the fare strike — is more than just a “Plan B” for would-be strikers. It is an assertion of control by workers over the flow and processes of labor, one that emphasizes both their unique knowledge of the job and the efforts they put forth that are not necessarily appreciated or recognized. Work to rule renders visible the many hidden contributions that working people routinely make — buying supplies for their classrooms, bringing their own tools to the job, not reporting injuries so as not to anger higher-ups — to keep things running efficiently. By ceasing to volunteer these undervalued contributions, they make a resonant and principled statement about the value of their labor.

If one person calls in sick to work on a given day, a company can generally adjust without too much trouble. But if half the workforce calls in sick simultaneously, it may well shut down the entire enterprise.

In May alone, nurses in Bermuda and public sector truck drivers in Jamaica, among others, proved this point — with hundreds of not-feeling-well workers throwing their industries into disarray and highlighting longstanding grievances.

The collective and strategic use of sick days, a tactic commonly known as the “sick out,” has served as a go-to method for creating work stoppages in situations where employees are legally prohibited from striking. The pamphlet “How to Fire Your Boss” relates one anecdote of its effectiveness:

At a New England mental hospital… a shop steward, talking to a supervisor about a fired union member, casually mentioned that there was a lot of flu going around, and wouldn’t it be too bad if there weren’t enough healthy people to staff the wards. At the same time — completely by coincidence, of course — dozens of people were calling the personnel office to see how much sick time they had left. The supervisor got the message, and the union member was rehired.

It is important to note that organized labor must typically tread lightly around the tactic, as unions can face legal sanction if courts or labor boards find that they have coordinated such wildcat actions. At the same time, authorities do not always decide in the boss’s favor: after Detroit teachers repeatedly shuttered city schools in 2016 using sick outs, the district sued leaders of the actions. But in August of that year, a judge sided with the teachers, ruling that protests against the defunding of schools and elimination of local control by state Republicans constituted political complaints instead of workplace grievances — and therefore were protected under the First Amendment.

Legal or not, the sick out has played a crucial role in the recent wave of teachers strikes, whose opening salvos have often involved large numbers of teachers taking sick days or personal days in order to attend mass rallies.

With each of these tactics, employees have been able not only to disrupt the regular flow of work and draw attention to unacceptable conditions on the job, but also to extend earlier traditions of subversive militancy. Continuing to drive your route, taking a lunch break, or noticing that a lot of flu is breaking out around the office can all be innocuous acts. Yet wielded in the right way, they can become forms of resistance, at once artful and profound.

There’s More Than One Way to Strike the Boss was last modified: July 11th, 2018 by Mark Engler
Share:

Making Our Demands Both Practical and Visionary