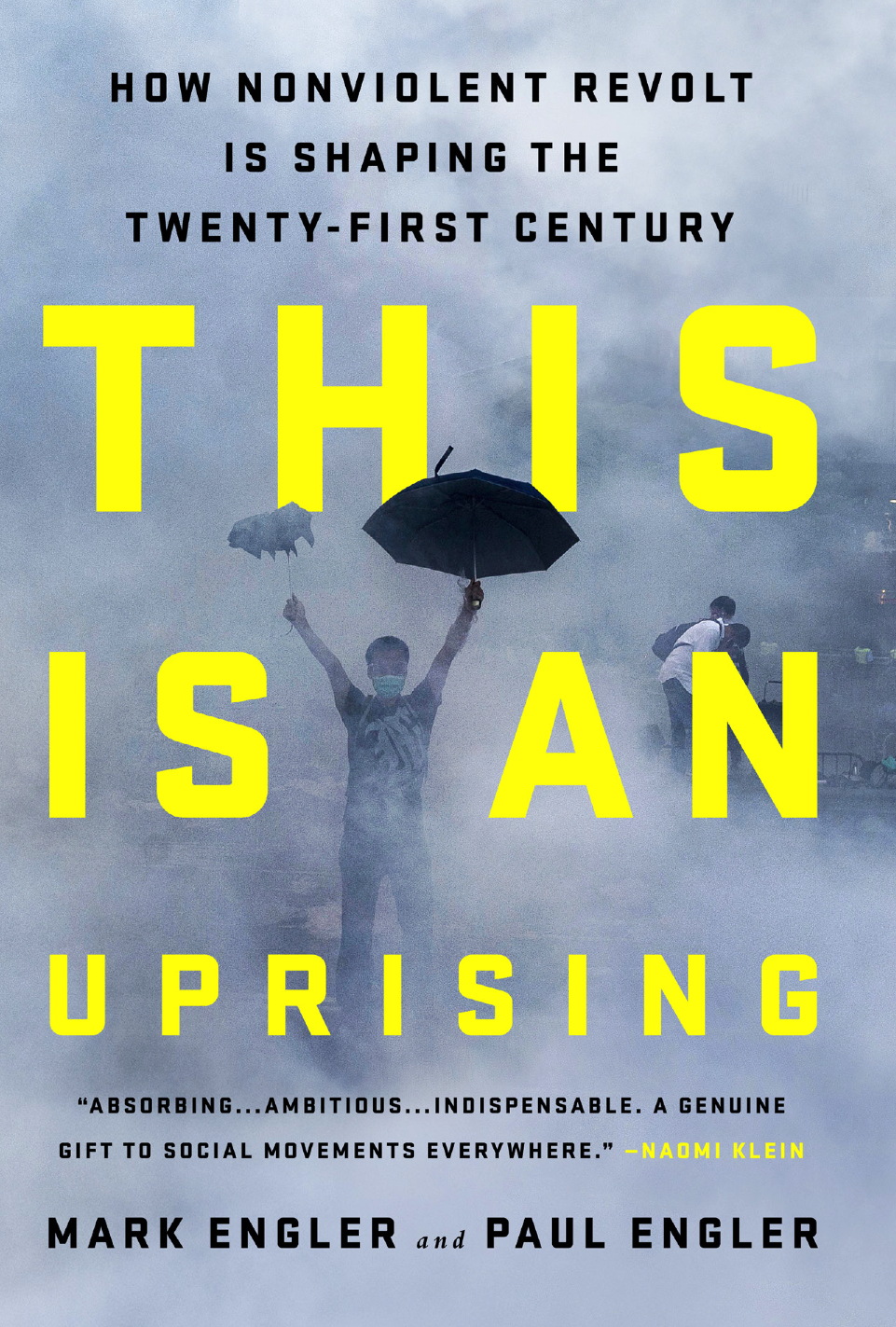 THERE IS A CRAFT TO UPRISING—AND THIS CRAFT CAN CHANGE THE WORLD.

From protests around climate change and immigrant rights, to Occupy, the Arab Spring, and #BlackLivesMatter, a new generation is unleashing strategic nonviolent action to shape public debate and force political change. When mass movements erupt onto our television screens, the media consistently portrays them as being spontaneous and unpredictable. Yet, in this book, Mark and Paul Engler look at the hidden art behind such outbursts of protest, examining core principles that have been used to spark and guide moments of transformative unrest.

With incisive insights from contemporary activists, as well as fresh revelations about the work of groundbreaking figures such as Gandhi, Martin Luther King Jr., Gene Sharp, and Frances Fox Piven, the Englers show how people with few resources and little conventional influence are engineering the upheavals that are reshaping contemporary politics.

Nonviolence is usually seen simply as a philosophy or moral code. This Is an Uprising shows how it can instead be deployed as a method of political conflict, disruption, and escalation. It argues that if we are always taken by surprise by dramatic outbreaks of revolt, we pass up the chance to understand a critical phenomenon—and to harness its power to create lasting change.

Read reviews of the book here.

Order your copy on Amazon here.
Also available on Powell’s here,
on Barnes & Noble here,
and on Indiebound here.